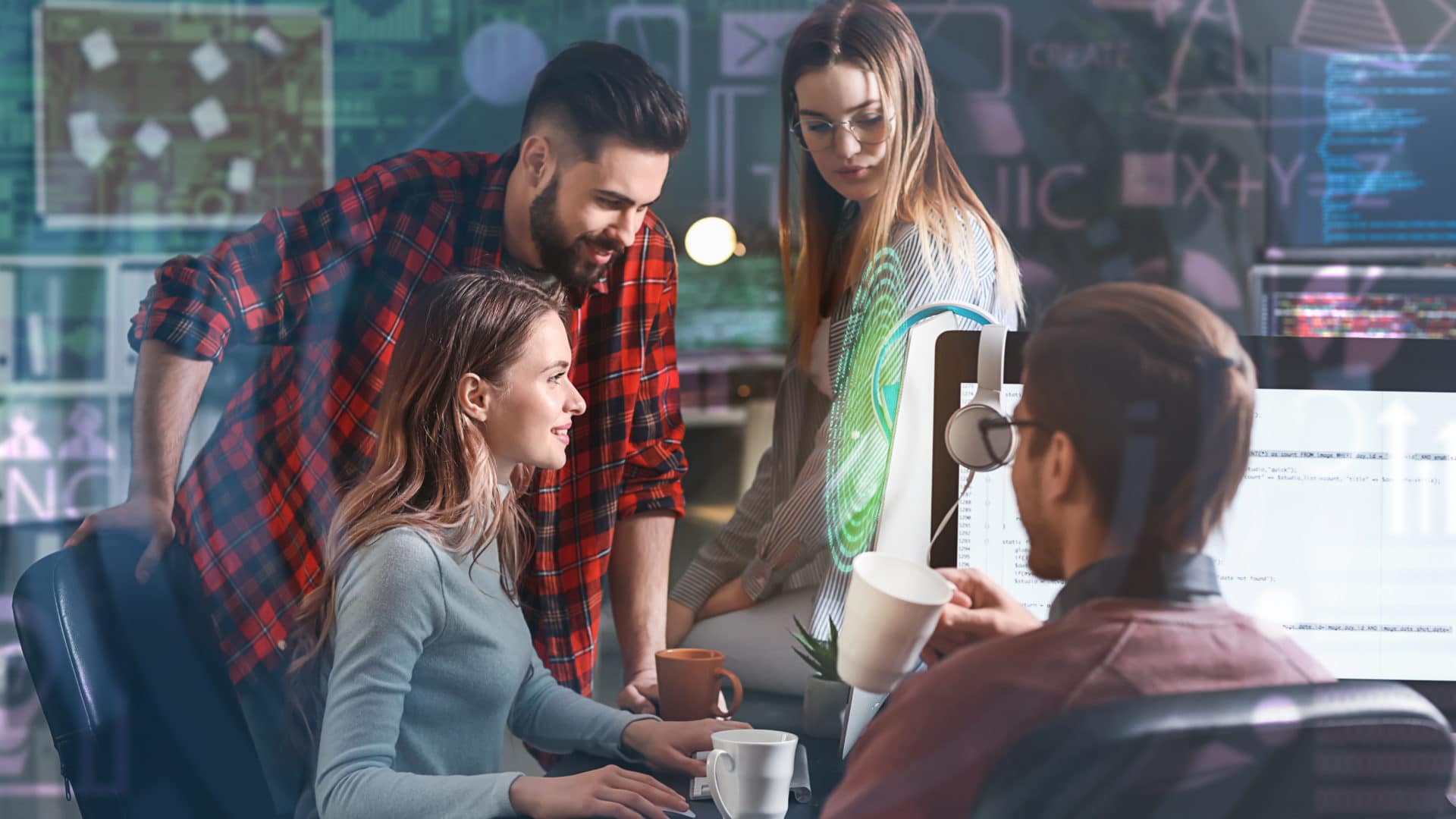 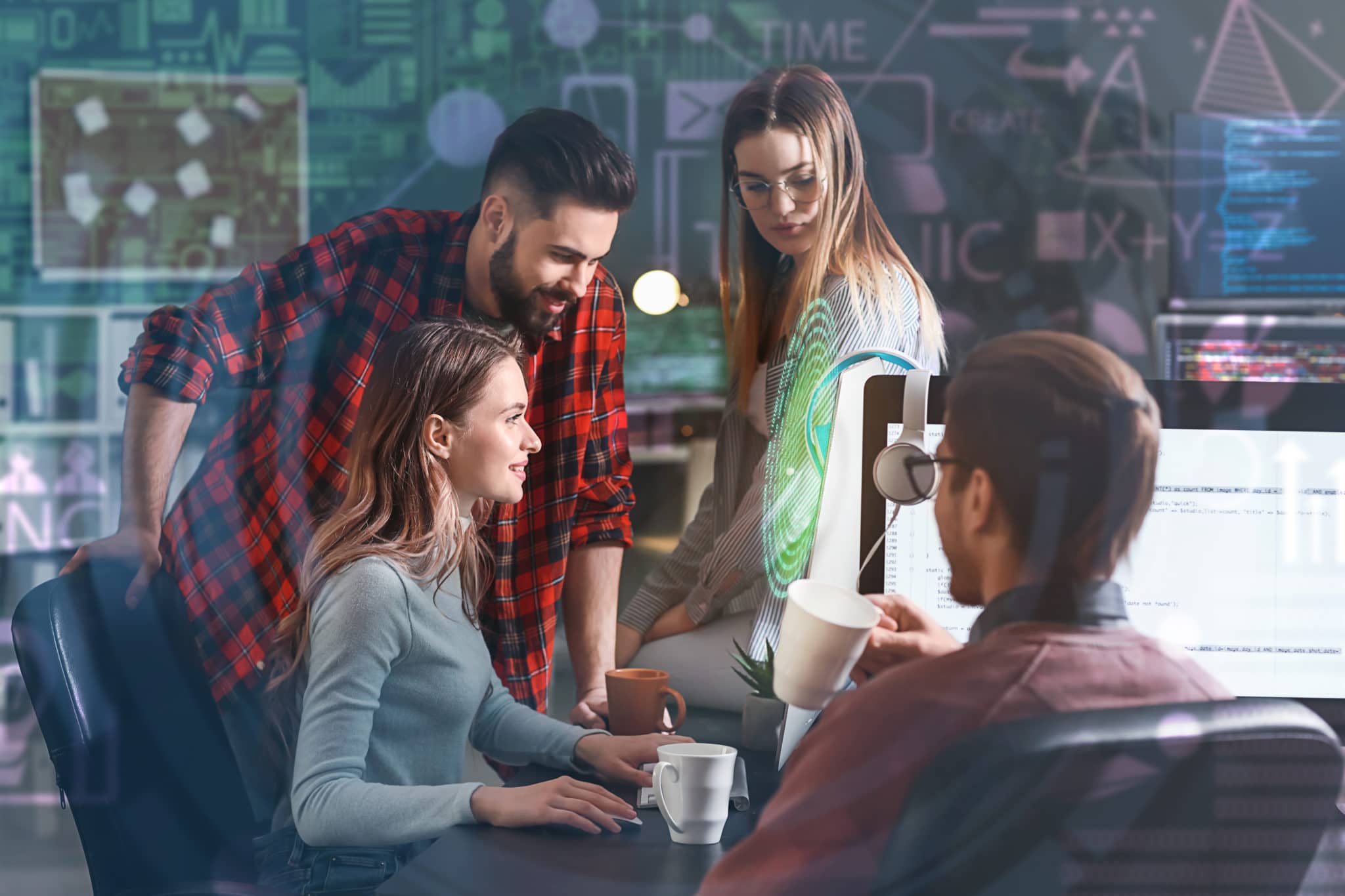 Digital Solutions & Platforms (DISP) focuses on producing technology-driven research and development activities and, above all, implementing solutions for the needs of our own Research Unit, other research taking place at HAMK, the world of business and the public sector. At the moment, we focus on the following themes: Internet of Things (IoT), software development (including mobile and web development), beneficial use of game engines and XR technologies, as well as data analytics, artificial intelligence and machine learning in cooperation with the Data and Business Analytics team.

Want to find out more? Read our blog post: Digital Solutions & Platforms is a multidisciplinary team – but what does it actually do?

Our team also develops the integration of research and education with the different degree programmes of HAMK. We actively commission theses and projects, and students from different fields at HAMK and other international higher education institutions continuously work for our team. Moreover, our personnel participates in various ways in the development and implementation of teaching together with the degree programmes. We offer students great opportunities to participate in a variety of research and development projects while accumulating credit and increasing their own competence. For more information, click on the ‘For students’ tab!

Use the tabs below to learn more about our projects and our accomplishments so far!

See below for some examples of projects that we have contributed to as part of research and development activities of HAMK or together with the customer.

Häme Events is the open event interface of Tavastia region, which was developed in the OpenHäme project. It is based on the original open source code implementation of the City of Helsinki, called Linked Events. In addition, an online interface was developed for the service. You will find Häme Events here.

Häme Events is based on the idea that anyone can advertise their own event in the service. Event data is collected centrally to an open interface, from which anyone can access it. As a result, a wide range of event calendars and applications can use the same shared and open resource of event-related data.

The Field Observatory has been implemented in cooperation with the Finnish Meteorological Institute, the Baltic Sea Action Group (BSAG) and the Finnish Environment Institute (SYKE). The aim is to bring together farmers with researchers and decision-makers engaged in the carbon sequestration of arable land, and to communicate in a clear way how different farming activities affect the amount of carbon in the soil and how respect for these activities could be increased.

HAMK Smart Research Unit’s expertise in the data communications of measuring devices, real-time processing and visualisation of measurement data, as well as web development made it possible to combine all these into a single user interface. As a result, the Field Observatory application was created, published at https://www.fieldobservatory.org/. This web interface has been implemented in cooperation with the DBA team as a .NET Core application in the Microsoft Azure cloud service, and with client-side JavaScript for data viewing.

The Digital Bale project aimed at improving the monitoring and management of silage bales. In the project, we implemented a web-based user interface for a limited test group in which the users can monitor and manage their silage bales. HAMK Tech Research Unit implemented a sensor unit for a baler that sends data about the baling phase to the cloud. This information can be routed to a cloud service developed by us, from where it is directed to be stored in databases, and further displayed in the user interface. The project was coordinated by HAMK Bio Research Unit.

The baler unit collects information about the bale weight, dry matter content, humidity, temperature, location, route driven by the machine, and so on. By combining this information, we can compile reports on a particular section of a field in the user interface. These reports allow the user to track the yield of a particular section of a field and see detailed information about different harvesting days. The map view also allows the user to track the location of the unit and the collected data in real time. Moreover, the user interface facilitates the selling of bales in the CircularFinland / KiertoaSuomesta service. With the map in the user interface, the user can select the bales that they wish to sell and send this information directly to the CircularFinland service.

Hämeenlinna taskussa / City in your pocket

Hämeenlinna taskussa [Hämeenlinna in your pocket] is a mobile application of the City of Hämeenlinna, which was developed in the SÄIHKY project. The mobile application was created with React Native for the Android operating system. It contained features such as an electronic library card and an event calendar based on the Häme Events interface described above.

Pilot 1 was an educational application for VR glasses designed in cooperation with KONE Corporation. The purpose of the pilot was to first explore the challenges related to existing training methods, and to brainstorm and show how these challenges can be solved with the help of game engines and VR glasses. The training application employed a good pedagogical model for learning and, for example, almost all text was transformed into an internationally understandable visual format. Watch the video: VATTU – VR educational application – YouTube

Tampereen Tilapalvelut [Tampere Facility Services] operates in the Pirkanmaa area and is responsible for management and maintenance of public buildings.

In the pilot for Tampereen Tilapalvelut, we were involved in drawing up a plan for opportunities offered by IoT and utilising it in school properties. The main focus areas of the Tampereen Tilapalvelut pilot were measuring the conditions and occupancy rate of facilities. Based on these measurements, we drafted a sensor plan and made a comparison between different manufacturers of measuring devices. Each solution was integrated into a platform called the Platform of Trust, where harmonised data flow was piloted. In terms of the pilot sites, we explored the possibilities of integrating the building automation system and the energy consumption data of properties into the Platform of Trust.

Read more about the project: https://platformoftrust.net/en/cases/more-efficient-facility-usage-help-data-case-tampereen-tilapalvelut/

We provide students with opportunities to learn through assignments connected to practice. We cooperate extensively with different fields of education.

Here are examples of our previous projects:

The size of our projects varies from small-scale course work to larger entities, internships, student exchanges and theses.

If you are interested in studying or working with us, do not hesitate to contact the team members!